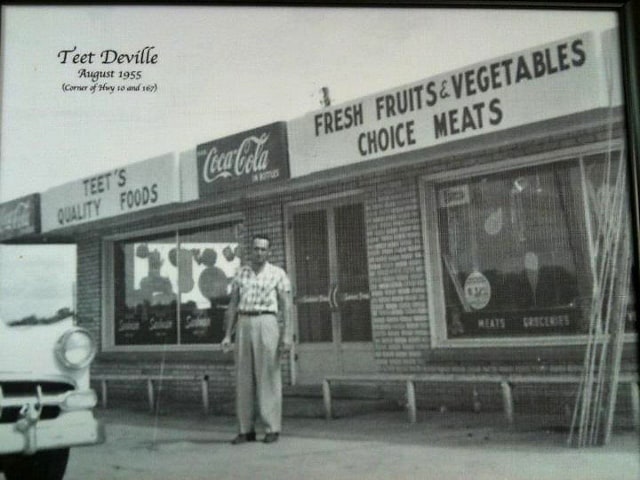 Here is a little history of our company. After many years of working in the fields as a sharecropper, and delivering bread to local grocery stores, Lawrence “Teet” Deville and his wife Ruby of 67 years, went into the grocery and meat market business in 1955. Their first store was located at the corner of US Highway 167 and LA 10 in Ville Platte, next door to the famous Evangeline Club. There, at Teet’s Food Store, he perfected the recipe for smoked sausage, tasso, and smoked ponce. Till this day, the recipe has never changed. 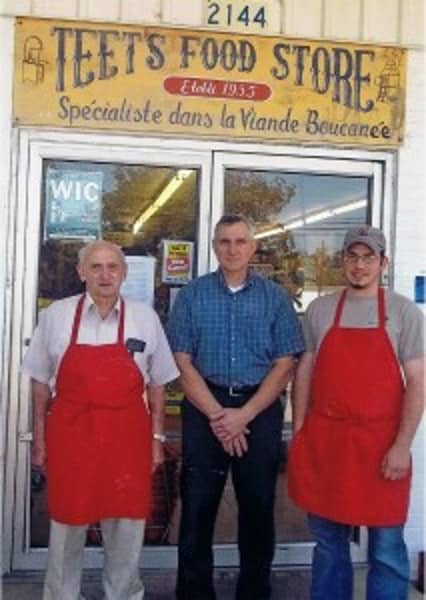 Where we are today

They remained at that location until 1975, when they decided that it was time to expand and to build the store that would fit the demand of their customers. The new store had major improvements; they added a larger smoke house, an updated meat market, and more aisles to provide a diverse grocery selection. The new location provided ample parking and more room for the gas pumps. The store is now located closer to town, just down the road from the original location on LA 10. Teet’s Food Store is now under the ownership of their son Chris, who operates the store daily with the help of his son Luke. Chris graduated from Louisiana State University in 1976; from there he pursued a career as a Medical Technologist. Years later, in 1985, Chris came back to Ville Platte to work with his father. Chris has been working with Mr. Teet over 30 years now. Chris’ son, Luke, graduated from the University of Louisiana at Lafayette, majoring in accounting in 2009. Now, he is back to help his father the same way Chris had years ago. On February 5, 2015, Mr. Teet passed away peacefully. Today, we carry on the tradition the way he would want us, great customer service, pride, great products, and a friendly smile. He will be missed by all of us, but he will never be forgotten.